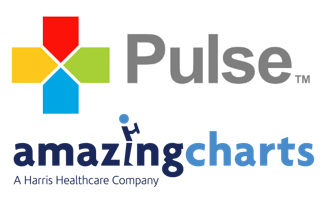 To schedule a product demonstration, please enter the following, and we will be in touch shortly.

Thank you! Your submission has been received!
Oops! Something went wrong while submitting the form.

“Closing the MACRA knowledge gap must be a key strategy for medical groups and physician practices during MACRA Year 2.”

‍The final rule for MACRA Year 2 was released on Nov. 2, giving MACRA eligible clinicians (ECs) two months to finalize their Year 2 game plan. But if the struggles they faced in understanding Year 1 requirements are any indication, it will take intense training for them to feel ready to take the MACRA playing field this year.Six months into MACRA Year 1, an American Medical Association (AMA) survey found more than 75 percent of physicians felt unprepared to meet the Quality Payment Program (QPP) requirements, in spite of the “pick your pace” options for participation. Only 51 percent of those with decision-making authority for their practices said they felt “somewhat knowledgeable” about MACRA. Just 8 percent described themselves as “deeply knowledgeable.”Closing the MACRA knowledge gap must be a key strategy for medical groups and physician practices during MACRA Year 2. Here’s what practice leaders should know.

Going the Distance in MACRA Year 2

Much of what MACRA ECs disliked about MACRA Year 1 was the level of difficulty in meeting program requirements. More than half of physicians who responded to the AMA survey called the requirements “overly burdensome.” The changes we’ll see in MACRA Year 2 demonstrate the Centers for Medicare & Medicaid Services (CMS) moved to simplify the program based on providers’ feedback.“During my visits with clinicians across the country, I’ve heard many concerns about the impact burdensome regulations have on their ability to care for patients,” CMS administrator Seema Verma said when the final rule was released. The MACRA Year 2 requirements “begin to ease that burden,” she said.Highlights of MACRA Year 2 include the following.

CMS raised the MACRA performance threshold to 15 points in Year 2, up from three points in Year 1. Additionally, performance under the cost category of MIPS will comprise 10 percent of ECs’ score. This score will be determined using Medicare Spending per Beneficiary and total per capita cost measures and will be calculated by CMS.

Under MACRA Year 2, ECs in both the MIPS and Advanced Alternative Payment Model (APM) tracks can use 2014 certified electronic health record technology (CEHRT) systems for one more year, but they’ll get bonus points for using 2015 CEHRT systems exclusively. Providers also will get extra points if they can prove they care for especially complex patients.

Relief for ECs impacted by hurricanes.

Increased potential to participate in APMs.

Under the final rule, ECs or groups will have new opportunities to participate in select APMs, known as Advanced APMs—and achieve the 5 percent APM bonus. For example:

Given the challenges ECs faced in understanding MACRA and its reporting requirements in Year 1, practice leaders should take strategic action and steps to support success in Year 2Eligible practices should work to close their MACRA knowledge gap and improve their chances of earning an incentive. For most physicians surveyed, earning an incentive is their goal under MACRA. This goal is best accomplished when physicians and clinicians are fully engaged and informed and understand their role in meeting the MACRA reporting requirements.Physician practices also should strive to better leverage their EHR to gain an advantage in meeting the MACRA requirements. For example, benchmarks for quality measures vary by submission method, resulting in different scores. If your practice has chosen to submit its MACRA performance data via an EHR, software capabilities that support MACRA reporting are critical.

Sonya Bess is currently the Government Initiative Specialist for Pulse. It is an exciting time in healthcare; physicians are taking on the new paradigms for standardized data-driven operational processes to support national healthcare goals. Anticipating the many changes that medical practices are facing as part of the eHealth Initiative, physicians continue to look for practical solutions to meet the ever changing demands of administrative compliance while maintaining excellent patient care. As part of a dynamic team Sonya has positioned herself as a liaison for healthcare professionals to assist in reaching these goals.